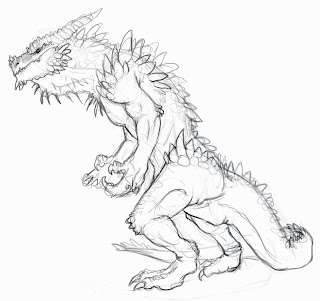 I imagine it's a quadruped that can rear up and walk on two legs if it wants.
at 19:37 No comments: 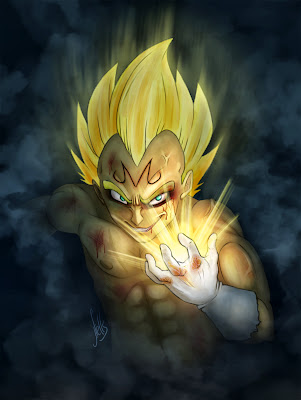 I'm not going to lie, I just didn't want to draw the rest of him. So he's looming out of the darkness. But it's fitting, right? Oh and no clothes bar gloves because he went crazy and removed them all, that's the narrative I'm going with... The only reason he's even got gloves is because I liked the idea of the knuckles being worn away on them, hahaaaar... For those unfamiliar with DBZ, Vegeta is under Babidi's power here, with the Majin symbol on this forehead, hense the crazy.

It came out quite nice I think. Though looking at it now, small in this preview, I think the lighting on the stomach might be a bit overkill. The hair is bothersome also. How do you shade a golden potentially glowing mass?

Had fun with it regardless, but sick of looking at it now.

Oh if you'd like to see the sketch I posted of this a few days ago, it's here.

EDIT: After viewing it on my Macbook, I realised it was a little lighter than I wanted. Hopefully it's better now?

Desktop backgrounds can also be arranged. Get in touch with your resolution if interested.
at 16:03 2 comments:

Email ThisBlogThis!Share to TwitterShare to FacebookShare to Pinterest
Labels: anime, dbz, dbz fanart, digital painting, dragon ball z, dragonball z, finished work, vegeta
Here's a quick sketch of Beck from Mighty No. 9, a new game by the creators of Mega Man that you can back on Kickstarter for as little as $5. 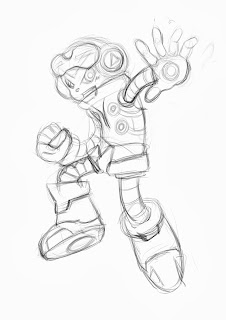 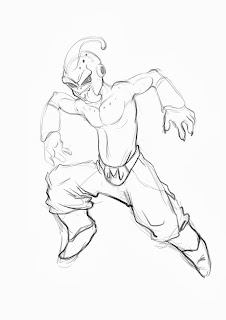 And a couple of Vegetas for good measure! Here's an update on a head sketch from the other day... 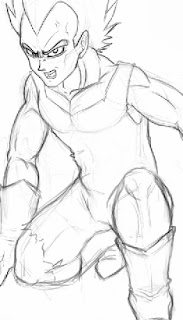 ...I still think Vegeta's legs are really wrong in that one. 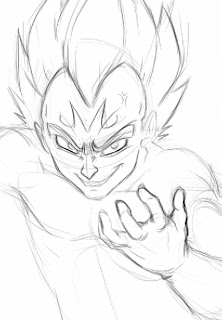 Random pirate theming doodle I did this morning. 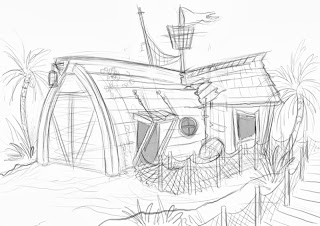 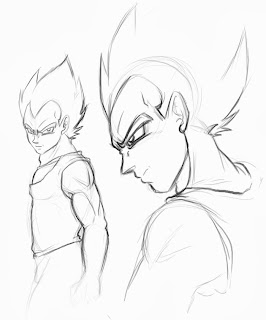 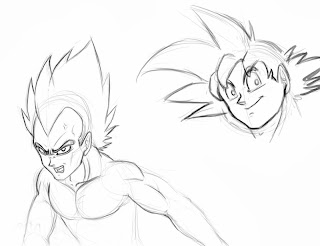 Goku's face is an actual nightmare to draw, I don't understand it. It's the "typical anime eyes that float inside the face shape" dilemma. There's no structure that signifies where they should, like, be? I get the same phenomena with Walibi compared to drawing his evil brother Squad. The angry eyebrows make Squad, Vegeta and all over "angry eyebrow" characters easier to draw. I hope that makes sense.

That last Vegeta I particularly like, I wanted to draw him crouching but I was struggling with the legs so maybe I'll come back to it later butidoubtit.

I think I may have forgotten how to draw with real pencils too so that needs to happen more. I've been working a lot recently, which of course has the reverse effect on me it does everyone else, motivation! I seem to find time for stuff that when I'm less busy I couldn't possibly fit in.

Finally got round to finishing this! 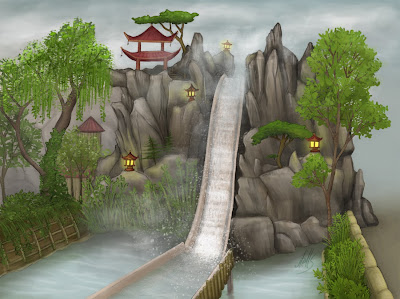 A concept for the retheme of a log flume ride at Chessington World of Adventures called Dragon Falls (personal work). The original sketches and more information can be found in this earlier blog post. It was by far not the best concept I came up with, but it was the nicest of the drawings from the original batch. I may explore other concepts with this, it's good practice.

I think it turned out quite nice, but foliage colours still drive me a little crazy. In fact, all the colours in this were a bit of a nightmare. The rocks had to be grey - it was most appropriate to the theme and to distinguish them from other areas of the park, but grey needs other colours in it or else it looks horrible.
at 19:49 No comments:

I love the characters from the Walibi theme parks... So here's some sketches of Squad! 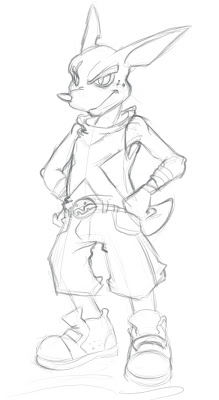 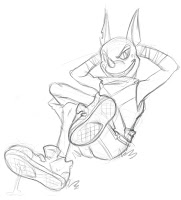