I'm so terrible at perspective. Here's Morb stomping about with those chunky boots of his! 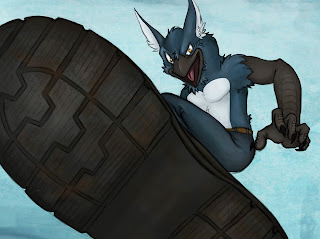 I realise the ast 4 posts have now been of Morb and I apologise... I'll get you something else. I need to find a comfortable place to work with my laptop and tablet.
at 15:51 No comments:

I'm in the USA at the moment... For some reason, drawing with the Macbook is a whole lot harder than the desktop PC. I dunno why really. Screen size?

I like the lines in this, I think that messy, half erased look makes stuff look real and have more personality.
at 00:51 No comments:

Threw some colour on a sketch from January to use as an avatar. :) 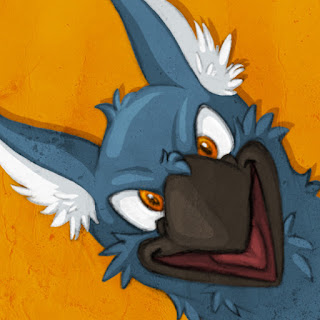 Semi-realisticy painterly Morb because... I dunno. I just wanted to experiment with brushes.I keep seeing lots of really neat scruffy digital paintings around and wanted to try something. Is this too dark? 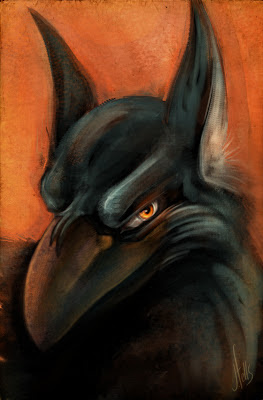 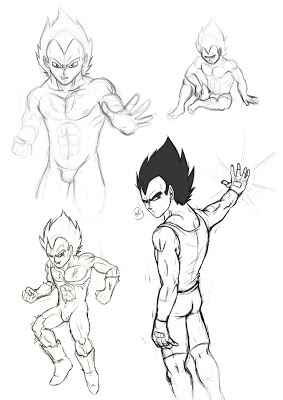 I really don't like drawing hands. Or ankles, for that matter. Ankles stress me out. 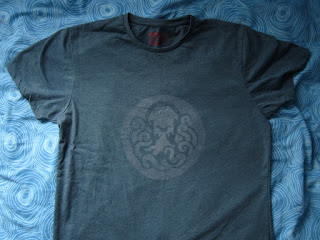 It's the Undertow Vigor logo from Bioshock Infinite, for a friend. :) It actually looks better in the photo than in real life, I think. It doesn't contrast enough - I guess my bleach solution wasn't strong enough. It also bled a little, in the centre, and I positioned the second stencil off slightly. Might also be a little low down.
at 14:58 No comments: 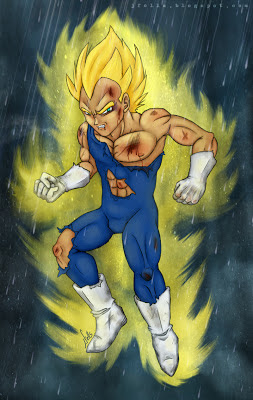 That aura was such an unnecessary nightmare. I did start out trying to make it look more like to the one in the actual series, but it just stood out too much because the colouring on Vegeta himself was so soft where as the aura was so obviously solid. So I ended up with this. I also wanted a swirling storm cloud in the background but it was too distracting, so we've got misty thick rain clouds instead. The blue on Vegeta himself might be a little too blue, I might tone that down...?

I did not create the rain myself, it's a stock texture from here. A very good one at that. There's also a dust texture in there which was from here.

I should probably start signing more work. I hate doing it, but I felt this has the chance of getting reposted into oblivion online (which is good!), so at least people can find me if they want to. :)
at 12:53 No comments: 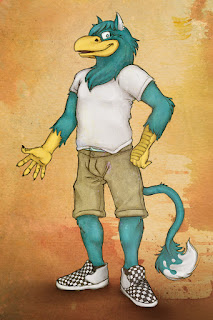 Here's the Vegeta sketch from a couple of posts ago in colour! 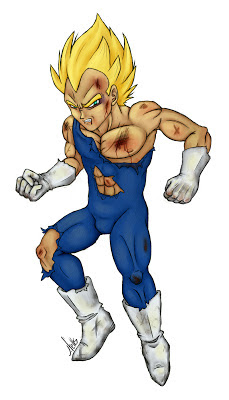 I've left the lines messy and some of the sketchy marks behind intentionally. I'm considering doing a background because this has come out so nicely. I fixed the hand and some other stuff from the sketch. I think he's a little tall in his proportions for Vegeta, who's only supposed to be 5'5" (same height as me :D) and the hair is "wrong" now looking at references, but it looks alright so I'm not too fussed. I'm going to claim it's stylistic.. Yeah. The texture used on the blue is from a table in my garden... In case you cared.
at 20:57 No comments:

Splat the Griffon! Digital sketch. Currently working on colours for this. :) 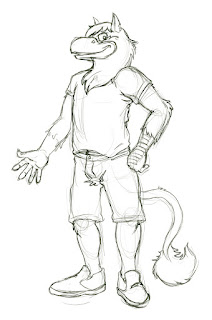 Last week I watched a few clips of DragonBall Z on Youtube. About 10 years ago, I was totally obsessed with it... Weird nostalgia trip back to a funny time in my life.

Here's some digital doodles... I really need more practice sketching with the tablet. I think I paint pretty well digitally, but I lack the precision attainable through drawing. 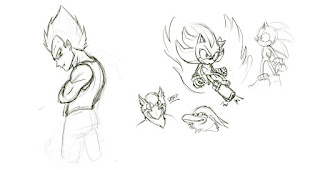 Vegeta is my favourite clearly the best character from DBZ. It's funny how despite the fact I never draw people nor have I attempted to try and draw him since mid high school, I could still remember the character well enough to draw this... Which I think turned out pretty nicely? :) 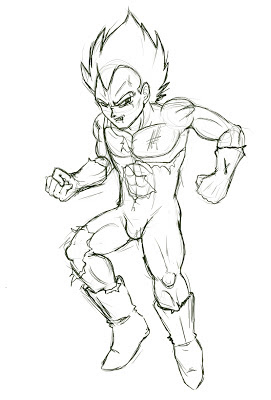 This was a drawing from April that turned out pretty good, so I decided to colour it. 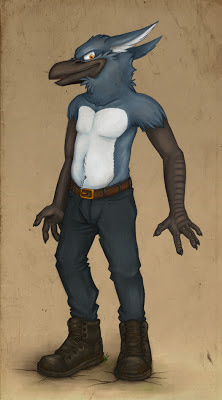 I don't like the behind arm, it looks too short. Otherwise, I think it turned out pretty awesome.

This is Morb the Magpie, for those unfamiliar. He is one of my own characters.
at 21:55 No comments: