I never noticed the tall vertebrae before I had to paint it. The skull is a little out of proportion and not long enough for how tall it is, and the rear foot is also larger than the one nearer the viewer. But I like how it turned out overall. You just have to accept mistakes working with bleach and try to make them less noticeable. I think the neck and base of the tail turned out really well, considering a lot of it is just suggestive and not individually painted bones. 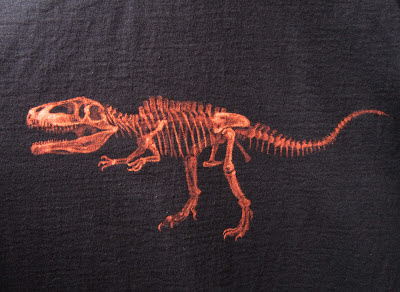 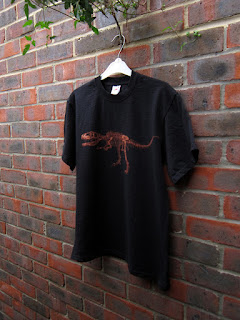 If you're interested in commissioning a similar tee, get in touch. You can see other examples and find more information here!
at 21:01 No comments:

Dragon's are my go to subject. The freedom they permit is just fun. 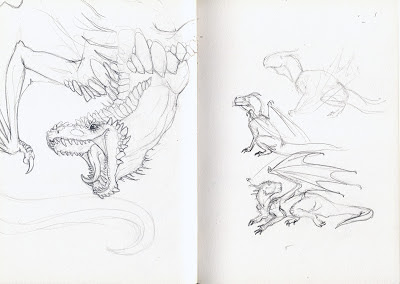 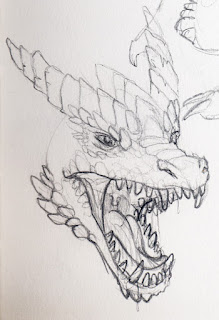 Here are a few very rough concepts exploring the theme of a derelict classic funfair/amusement park theme. I like the idea of having a huge theming feature of broken track... 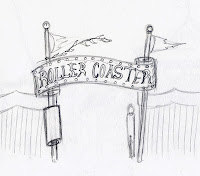 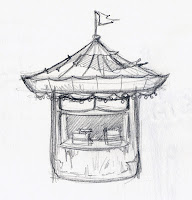 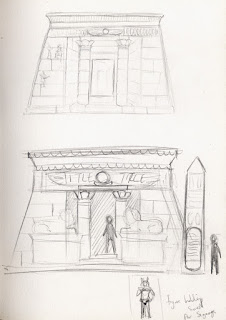 I periodically have a random inspiration from some image or fact I stumble across online, and then go on a spree of collecting reference material in a folder on my computer.

With it's fantastical animal gods and incredible structures in the alien environment of the desert, Ancient Egypt is a popular theming choice, with plenty of great narratives to adopt in theme park attractions and incredible architecture to inspire an immersible environment.

There are 3 main types of Egyptian theming... Contemporary ancient - set in ancient times, with vibrant colours aiming to immerse you in that world. Ancient ruins - with drab colours and ruined architecture. And contemporary - set in the Arab Egypt of today, with ruins of a an ancient history sitting side-by-side to more modern structures. One of the greatest challenges of themed environments is injecting enough visual variation whilst conveying a subject such as "ancient Egypt". Whilst Egyptian theming is common, memorable examples are actually pretty rare, in my opinion. One really important thing I learnt from visual research is the use of irregular bricks and that conveying that visual aesthetic isn't easy! I was worried about finding ways to inject colour, but the ancient Egyptians lived on the lush banks of the Nile, so I'm a little confused why so few Egyptian themes use greenery and water to break up the sandy brown rocks? And examples of contemporary ancient theming rarely showcase the bright, garish colours of ancient Egyptian art - probably because it looks unconvincing. Though that fantastical and toony-realistic OzIris at Parc Asterix shows how it's done.

Anyway, here's some architectural and environmental sketches playing around with some ideas. 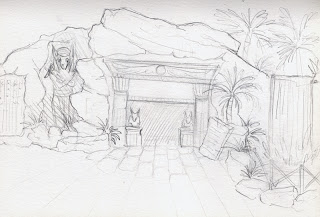 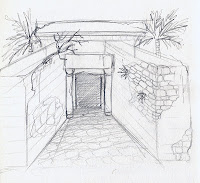